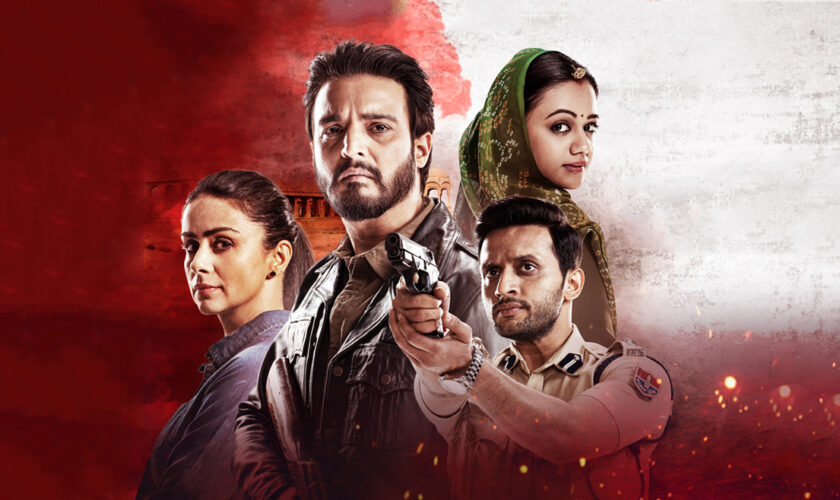 When we think about organized crime, mafias, drug cartels, and street gangs are likely to come to mind. We mostly learn about these illicit activities from the media and witness them in action films and television shows. There is enough information about gangsters that make us fear them, avoid them, and know to never get involved. The gangster’s dangerous and enigmatic way of life is the main reason behind the popularity of the series in the genre. Yaara, Mai Hero Boll Raha Hu, and the upcoming Rangbaaz web series are some of the best ones you need to add to your binge-watch list. So, here’s a collection of mind-blowing gangster web series that are currently streaming on ZEE5 Global and other platforms.

‘Rangbaaz-Dar Ki Politics’ exposes the life and times of a gangster Haroon Shah Ali Baig also known as Saheb. The story illustrates Bihar politics as they were both written simultaneously. We get a closer look at Saheb’s life as well as his journey from flawed idealism to manipulative cynicism. The third season of the Rangbaaz web series is jam-packed with drama, politics, corruption, crime, and power struggles. It also features a compelling plot that will keep you hooked to the screen. The gangster drama series will debut on the ZEE5 streaming service on July 29, 2022. Rangbaaz S3 can be viewed online by getting a subscription through the ZEE5 website or the ZEE5 app.

The ZEE5 Original film, Yaara is about four pals who are gangsters. It stars Vidyut Jammwal, Amit Sadh, Vijay Varma, and Kenny Basumataryare as the central characters. They were notorious gangsters in their teens who engaged in murder, bank robbery, smuggling, and other escapades. After a year of being apart, three of those four pals come together to free their fourth friend who is being kept hostage by a rival gangster.

A gangster named Nawab is the focus of the crime drama series Main Hero Boll Raha Hu. Parth Samthaan, who plays the part of the gang leader, wants to conquer Bollywood and the underworld by becoming a film financier. His closest friends, Jaggan (Errol Marks) and Yakub (Anubhav Nanda) are Nawab’s accomplices in the crime. The web series follows the development of a young man from a small town into Bombay’s most powerful don. He develops feelings for Laila portrayed by Patralekha Paul, who is an aspiring actress. Mai Hero Boll Raha Hu is a web series based on the life of a real-life gangster in Mumbai.

Mirzapur is a popular action/crime/thriller web series. It depicts the corruption, mafia dons’ rule, and governance, as well as the competition and crime that are prevalent in Uttar Pradesh’s Purvanchal region. The uncrowned king of Mirzapur, Akhandanand Tripathi, also known as Kaleen Bhaiya, is the subject of the story. He poses as a carpet manufacturer while operating a drug and guns enterprise. The series mainly revolves around the themes of crime, murder, drugs, and guns.

Nawazuddin Siddiqui plays Ganesh Gaitonde in Sacred Games. It is one of the best roles in a series, along with Saif Ali Khan’s Sartaj Singh role. Ganesh Gaitonde, a criminal, calls Sartaj and tells him to save the city within 25 days. He learns where the notorious criminal Ganesh Gaitonde is. However, reaching its location leads to a major plot twist. As a result, this crime web series turns into a hunting game. The interesting screenplay with twists and turns in the narrative will compel you to watch the series in one go.

5 WAYS UPGRADING YOUR PUMP CAN IMPROVE PERFORMANCE AND SAVE MONEY

What are the different types of leadership?